As seen on several forums, the 2020 JCW GP has been spotted completely undisguised ahead of it’s LA Autoshow debut. Clad in its final paint livery, the 301 hp 2020 JCW GP is dominated by that large rear wing and outrageous carbon fiber fenders. 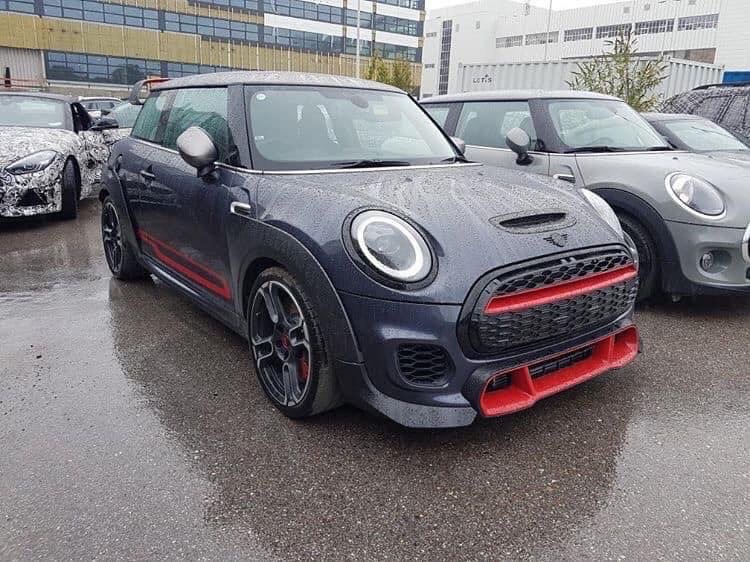 We had a chance to see it in the flesh (lightly disguised) a few months ago and came away impressed. First and foremost one this thing has presence. Like an M car, MINI created a distinctly different look with this GP that implies a different level of performance even over a JCW. And with 301 hp, functional aero and other technical improvements, it’s set deliver on those looks. 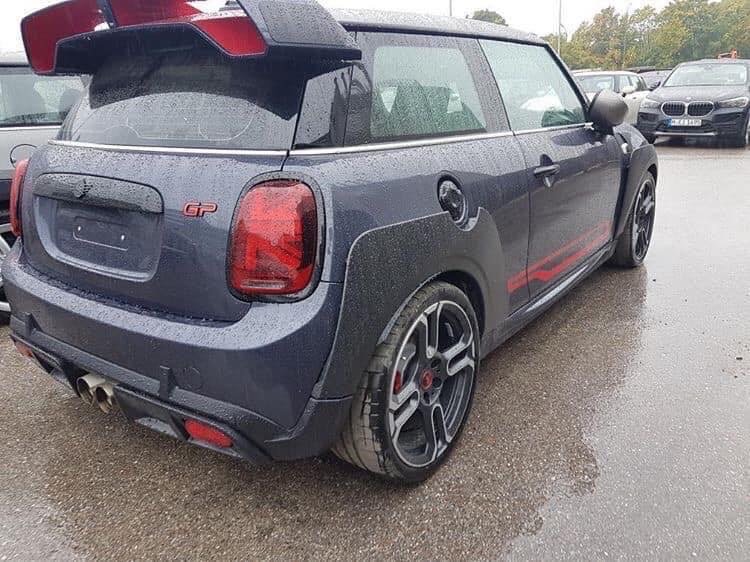 As you can see there are two things that visually dominate the MINI JCW GP in person – the carbon fiber boxed flares and the giant rear wing. The combination of those two has altered the shape of the car and created something that feels brash yet purposeful.

Inside MINI has once again has taken out the rear seats and replaced them with storage compartments – similar treatment as seen on previous GPs. However the rear strut brace appears to be (for the first time) a functional piece of engineering rather than ornamental. Elsewhere MINI has replaced the plastic steering wheel paddles with laser cut aluminum ones that have perforated grip and the letter GP etched into them. While this part is still in development it looked rather promising. 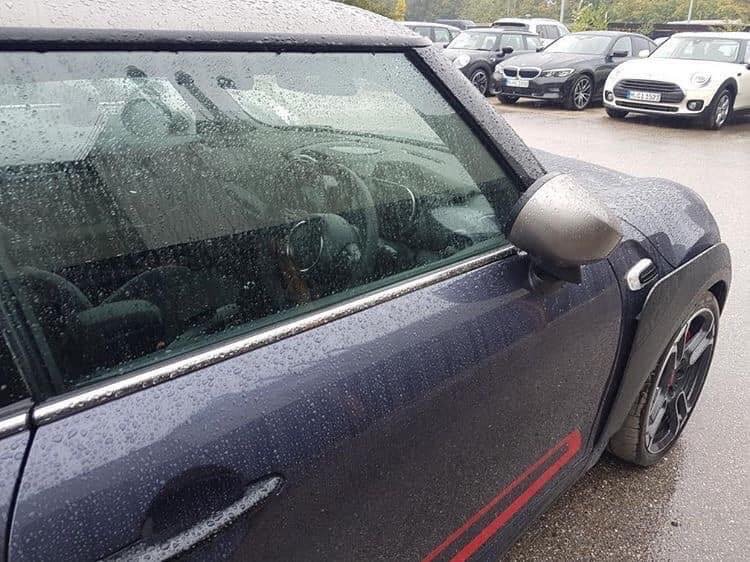 In talking with folks from MINI, it’s clear that they’ve poured years of development into this car making it feel a bit different than the other two previous GPs. The 301 hp four cylinder drives the front wheels but makes use of BMW’s innovative new ARB traction control that is almost predictive in its action (vs the current DSC which feels reactive). Putting that power down is a revised suspension and non-runflat Hanooks Ventus S1 EVOs. Oh and those four piston front brakes? They’re also unique to the car.

The public debut of the JCW GP will be at the 2019 LA Autoshow in late November. The first deliveries should happen at the end of the year in Europe and late winter in North America. Final production is set for 3,000 units and all will be individually numbered. Read more in our exclusive report here.