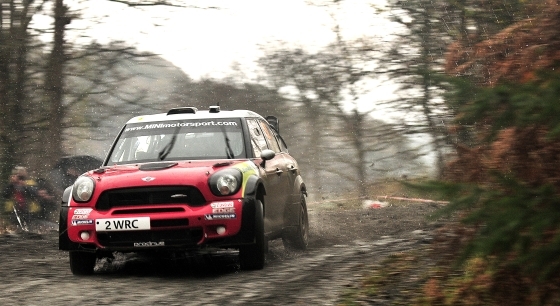 Official Release: The MINI WRC Team’s drivers were fighting to the very end of Wales Rally GB to give the team a great result on the last event of its first year in the World Rally Championship. Kris Meeke (GB) and Paul Nagle (IR) finished the event in fourth, while Dani Sordo (ES) and Carlos del Barrio (ES) set the second fastest time in the final test of the day, the Power Stage at Monument, and finished 20th overall.

Meeke left Cardiff in the early hours of the morning 45 seconds behind the third placed Ford of Henning Solberg (NO). From the first stage of the day Meeke was determined to do everything he could to snatch a podium on his home event, and by the start of the final stage of the day the gap was down to 1.8 seconds. Unfortunately he hit a rut and had a half spin and this was enough to put paid to his challenge. 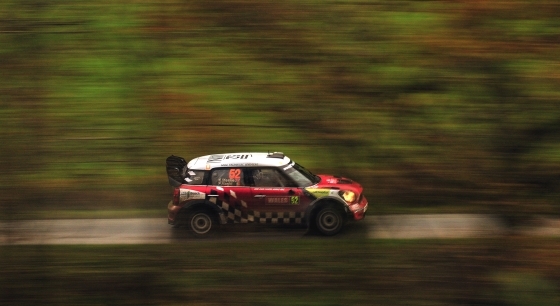 “This event, like so many others, has had its ups and downs. Kris I am sure will reflect on that half spin on the last stage and what might have been, but there have been so many other occasions on the event when we could have also done a little bit better or had a bit better luck. At the end of the day when I look back on this rally and think where we have come in six months – Dani and Kris have achieved five top five positions in only six events – quite honestly the team has come of age and this is only just the beginning for the MINI WRC Team.”

Dirk Hollweg, Head of MINI Motorsport:
“We are overwhelmed by the success of the team, which is much better than expected. We are very happy with the performance of the whole team and the drivers and we have a great spirit. This is of great benefit to the MINI and the John Cooper Works brand. This is exactly what we wanted.”

“It has been a good day. Kris had a big challenge to make up the ground between himself and Henning Solberg , with 45 seconds to find which averaged to just over half a second a kilometre. He was completely on track with that until the Power Stage when he had to find 1.8secs to match Henning’s time and take a podium. Unfortunately a couple of corners in he had a half spin in one of the ruts and it was enough for Henning to secure the podium. Still we are very happy with fourth and Kris’ performance on the event. Dani’s very uncharacteristic mistake on Friday meant he was in the SupeRally. We wanted to build his confidence for the future in these conditions and did this, as he was setting competitive times and second on the Power Stage is something we are very pleased with. We got both cars to the finish, they are in reasonable shape, and we have learnt an awful lot. For the drivers it was difficult physically, as there were some very long road sections to contend with, but they came through it very well. It was a tough rally for the car and we are very pleased with its general reliability. This has been a testing year for us, it has been a good rally to finish on and overall we are very happy with the result as the team has worked extremely hard. Also important to what has happened this year has been our partnership with Michelin. It is a very good relationship and we work together very well. We share all our information with them in order to maximise the performance of our tyre, and the results have proven that the partnership is working very well.” 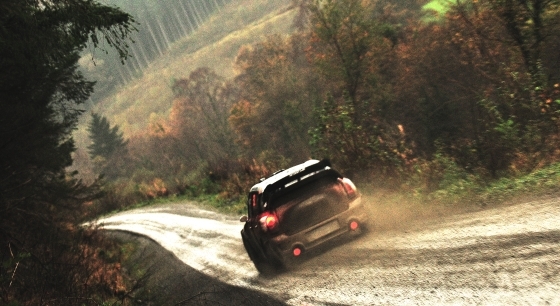 “I was pushing a little bit on the Power Stage but Sébastien Ogier was going really fast. I enjoyed the second run through the stages today. However, after the first day it is difficult to push when you have nothing to fight for. Despite what happened on Friday, I am happy and now I have a lot more confidence in the car in the conditions we have had here in Wales. Although the sun was shining, today many parts on the tarmac with gravel tyres were slippery. The season has been interesting because the car has become better and better. Obviously we now need to develop it more.”

“All in all we had a pretty good weekend. We had a few issues during the rally, which perhaps cost us about three minutes. Still I am very disappointed with the Power Stage, as when it came to producing the goods we didn’t, made a mistake and paid the price, but that is the way it goes. Hopefully there is a bigger future for us than fighting for third overall, as in a year’s time we want to be able to fight for a win. I feel very positive about the season as for a new car and a new team to be in there challenging for podiums is fantastic.”