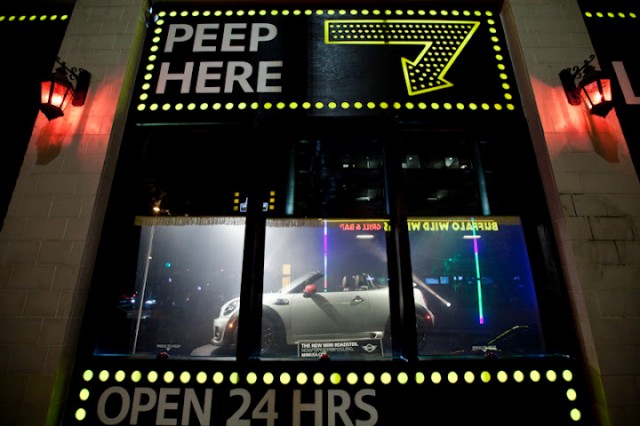 Think the new MINI Roadster is sexy? You’re not alone. Residents in Hollywood are being enticed this week to take a peep at MINI’s newest topless model. Replete with double entendre, this latest bit of environmental advertising is one in a long line of such stunts put on by MINI USA. At least you don’t have to put in a quarter.

[Official Release] Enhancing its reputation as a fun-loving, cheeky, and often mischievous brand, MINI is revealing its new Roadster model in a racy, alluring way at a prime Los Angeles location. 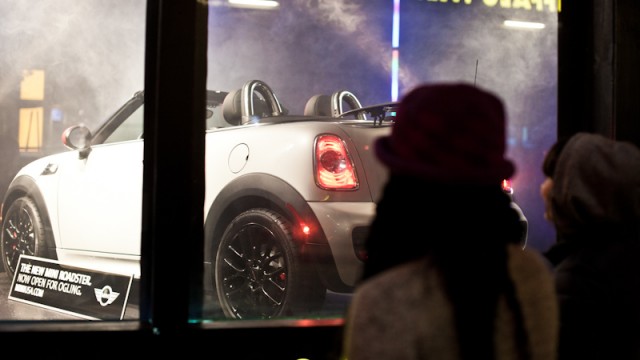 Just a block away from the Kodak and Chinese Theatres, MINI promises ‘Live and Exotic Topless Thrills 24/7’ at the MINI Roadster Peepshow Spectacular. MINI has taken over a corner store on Hollywood Blvd and masked all the windows for a 25-day long series of fleeting, revealing shows where passers-by are encouraged to take a “peep”.

Each show will be triggered whenever a passing spectator presses one of the ‘peep’ buttons on the display, rolling back a window blind and unveiling the MINI Roadster as it rotates slowly on a turntable, complete with a disco ball above, music and smoke. Adding authentic atmosphere to the MINI Roadster Peepshow Spectacular, colored neon lighting has been placed throughout the Peepshow to illuminate the Roadster even more. 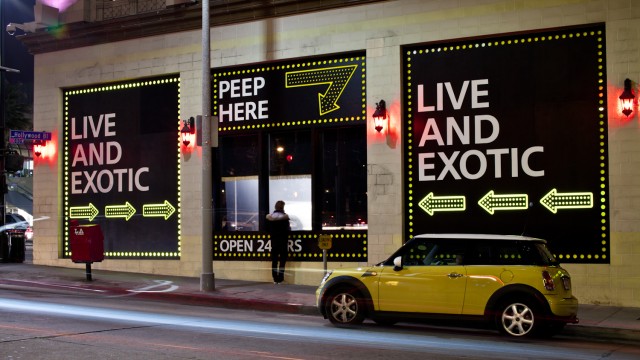 Passers-by in this pedestrian-friendly area will be lured to the Roadster Peepshow by storefront signage with racy messages such as: “Bada Bing, Bada Boom”, “Open 24 Hours” and the simple, tempting command to “Peep Here.”

“The new MINI Roadster is a devilishly fast, uncompromising two-seater soft-top with the soul of a sports car and the heart of a MINI,” comments Jim McDowell, Vice President MINI USA. “Our Peepshow reveal in this prime Los Angeles location sets the scene perfectly for our latest model which delivers more fun than one person can handle with its exhilarating ride and unlimited headroom.” 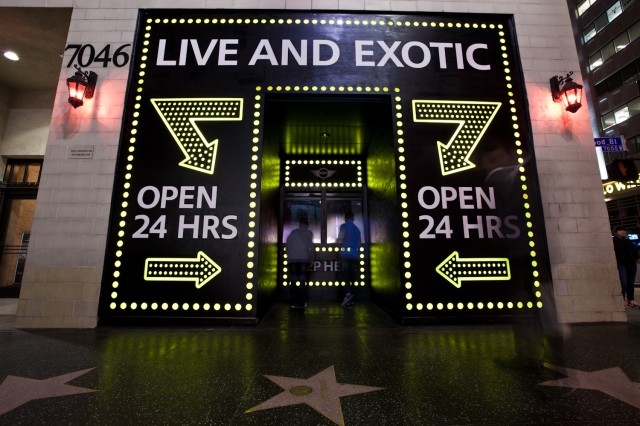 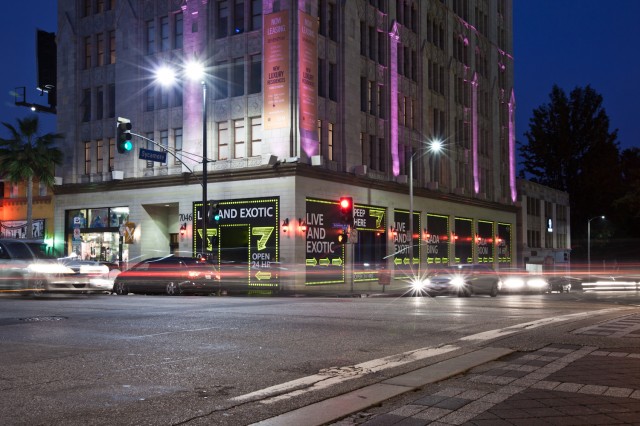