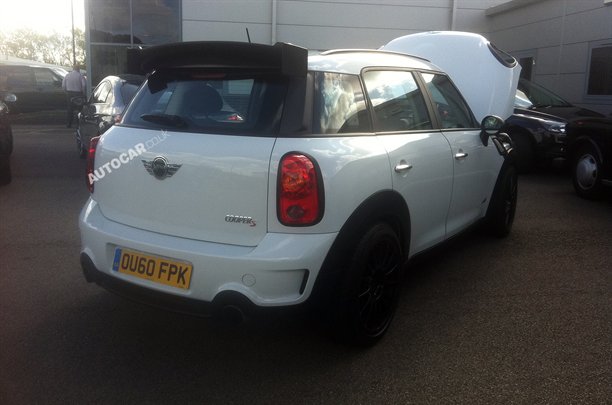 Performance upgrades include a Prodrive-branded Milltek exhaust and a Superchips-tuned version of the Cooper S’s turbocharged 1.6-litre petrol engine. Sources have indicated that the car had run 230bhp on the dyno, but Superchips is still hoping for even more power and a larger turbo was under consideration.

So what is it? Is it a one-off? Will this be a special edition available for sale? Details are still vague, but we’re actively reaching out to our sources for more information. No mention yet of suspension setup or whether the All4 system has been reprogrammed for a more performance-oriented focus. But let’s clarify a couple of things we do know. This is not the JCW Countryman. That’s a separate animal all together. In fact, this may simply be an aftermarket kit Prodrive would offer through UK MINI Specialists, similar to what they have done for Suburu, among others.

Generally, these special editions are produced in small numbers and restricted to UK markets, so we might not see the final car here in The States, if it ever saw production at all.

More photos over at AutoCar.co.uk