Today we have two new special edition MINIs named for iconic London neighborhoods. As part of the pre-Olympic push, MINI has released the Baker Street and the Bayswater as their latest MINI Yours special editions. Following in the tire treads of the Hampton and Soho MINIs, both cars feature exclusive interior and exterior details you won’t find on stock MINIs at your local dealer.

With just months to go before the Olympic Games get under way in the capital city of the brand’s home country, MINI introduces two new special-edition models to spread contemporary London style around the world. The latest takes on the MINI character – the MINI Baker Street and MINI Bayswater – will go on sale in spring 2012. Expressive design features and exclusive equipment inject the cars’ exterior appearance, interior ambience and hallmark driving fun with their own distinctive flavors. While both use the MINI Hardtop as the foundation, the MINI Baker Street embodies the youthful, fresh and innovative trend-setting style of the brand, while the MINI Bayswater focuses primarily on the sporting verve and agile handling for which MINI is renowned. 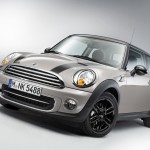 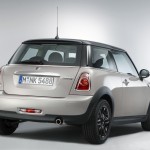 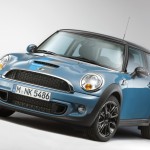 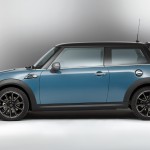 Both special-edition models will be produced over a limited period and offered for sale worldwide. The MINI Baker Street can be ordered with the MINI Cooper engine, while the MINI Bayswater is available as a MINI Cooper and MINI Cooper S.

MINI Baker Street: an individualist with a taste for extravagance. 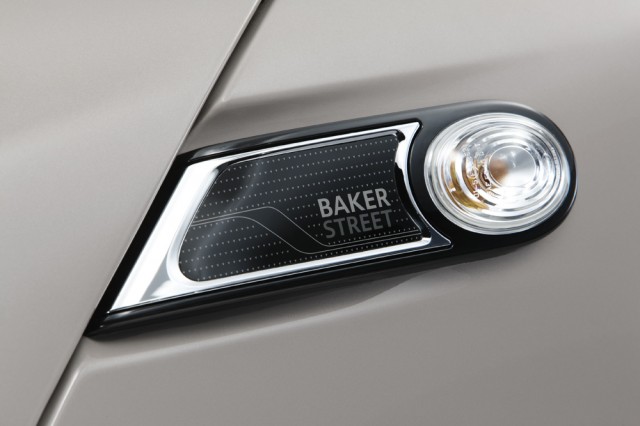 New exterior and interior design details developed exclusively for the MINI Baker Street mark out this special-edition model. The Rooftop Grey metallic exterior paint shade combines with special bonnet stripes whose basic color black is given extra character by a subtle V-shape design. 16-inch 6-Star twin-spoke light-alloy wheels painted in high-gloss black along with matching black exterior mirror caps present an attractive contrast to the bold, contemporary appearance of the new exterior paintwork. The MINI Baker Street can also be ordered as an option in the body shades Pepper White and Midnight Black. The roof is painted black, while “Baker Street” lettering on the side scuttles framing the side indicators points to the exclusive character of this special-edition model. 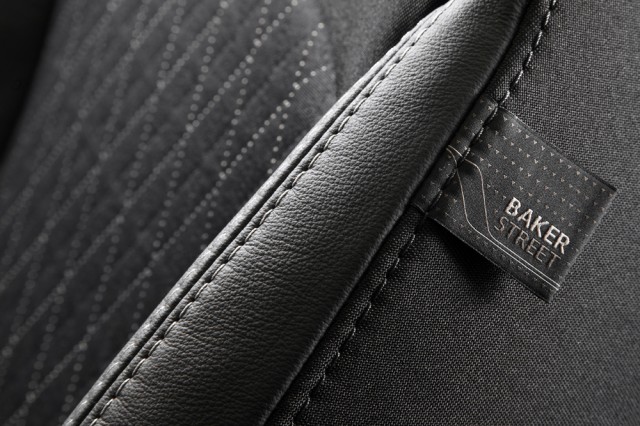 In the interior a fresh interpretation of the cloth/leather seats available for the standard MINI teams up with exclusive interior surfaces to create an unmistakable ambience. In traditional British style, the surfaces of the new seat variant in Cross Check Rooftop Grey light feature a diamond pattern. Cross Check Rooftop Grey light is also used for the surfaces of the cockpit and door trim and is combined with a Rooftop Grey light Color Line. Light grey contrast stitching for the floor mats, gearshift/selector lever as well as the handbrake gaiters and seat tags which, like the door sills, bear “Baker Street” lettering, round off the array of bespoke interior features. The Chrome Line Interior package adds further luster.

The equipment list for the MINI Baker Street also includes the Pepper Pack, which brings with it air conditioning, an on-board computer, a leather steering wheel, the Chrome Line Exterior package, front foglamps, a lighting package and height adjustment for the front passenger seat. The range of optional equipment, meanwhile, offers a host of other items with which customers can tailor their car to their personal requirements. The MINI Cooper engine variant for the MINI Baker Street delivers 121 hp, and channels its power through a six-speed manual gearbox as standard or an optional six-speed automatic. 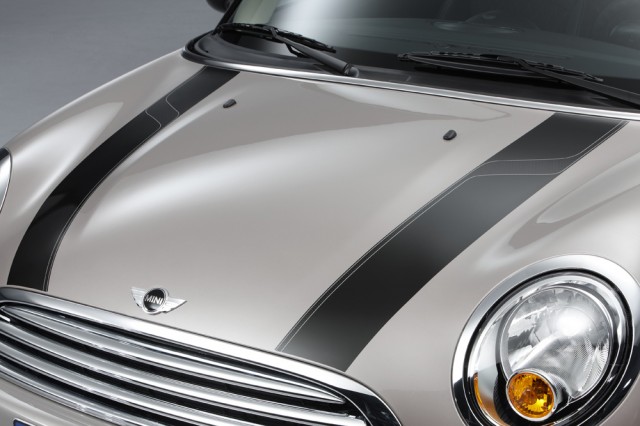 For visitors to London and locals alike, the MINI Baker Street’s name will be synonymous with the address of a certain fictional hero. It is 125 years since Sherlock Holmes author, Arthur Conan Doyle, released his first story with the master detective in the title role. Today, the Sherlock Holmes Museum and Madame Tussauds waxworks museum can both be found just a stone’s throw from Baker Street underground station. 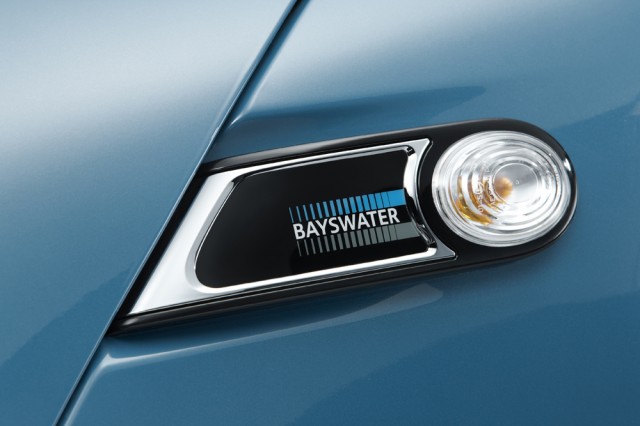 The MINI Bayswater wears its inherent sporting élan and extrovert style very much on its sleeve. The Kite Blue metallic exterior paintwork was created exclusively for the special-edition model, as was the interior design and 17-inch light-alloy Sandblast wheels with high-gloss black surfaces and bright machined rim and spoke edges. Midnight Black metallic and Eclipse Grey metallic paint shades can be ordered for the MINI Cooper S as an alternative to the new, radiant Blue finish. The sporty appearance of the MINI Bayswater is emphasized by the black contrasting roof and the likewise newly created Sport Stripes for the bonnet, which streak dynamically towards the windscreen. The exterior mirror caps carry an identical stripe design – blue on the right-hand side of the car, grey on the left.
?Bayswater? lettering adorns the side indicator surrounds, door sills and seat tags. The Punch Leather seats come in the exclusive color variant Rocklite Anthracite and include side bolsters sporting a metallic sheen and blue and grey contrast stitching. Two-tone contrast stitching also adorns the gearshift/selector lever and handbrake gaiters. 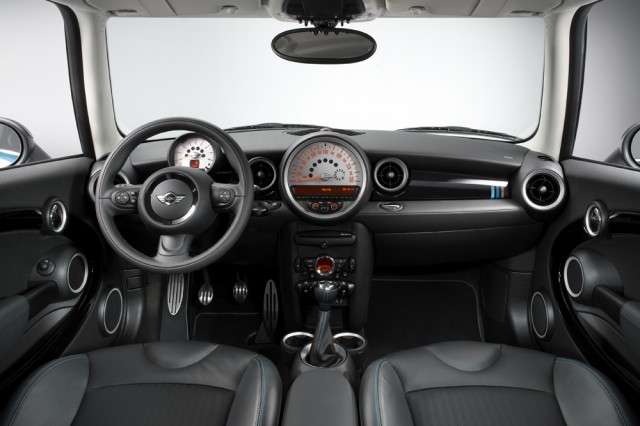 Other innovative design features in the interior include Piano Black cockpit trim strips, which continue the path set by the Sport Stripes over the bonnet, and the leather Color Line elements in Rocklite Anthracite, whose classy character is emphasized by black stitching. The same leather variant is also used for the armrests, while the model- specific floor mats have anthracite-colored edging and blue contrast stitching.

The MINI Bayswater also comes with stainless steel pedals and the Chrome Line Interior package, and includes the Pepper Pack in its range of equipment. Plus, the new special edition can likewise be specified with a wide variety of items from the optional equipment list if further individual touches are desired. 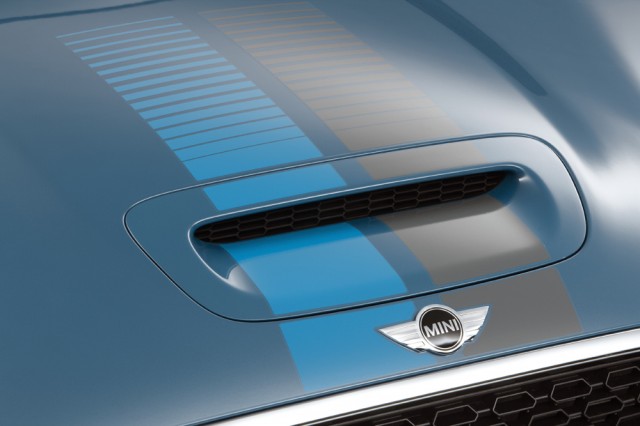 In keeping with its sporting charisma, the MINI Bayswater lines up for action with powerful engines at its fingertips. Customers can order their MINI Bayswater in MINI Cooper (121 hp) or the MINI Cooper S (181 hp). The special-edition model is also delivered with a six-speed manual gearbox as standard, while a six-speed automatic features in the options range.

The MINI Bayswater takes its name from an extremely vibrant area of London. Located to the west of the city center – halfway between the shopping hot spots of Knightsbridge and Notting Hill – Bayswater is best known for its unusually high density of bars and restaurants, not to mention the adjacent and no less famous Hyde Park. MINI is therefore returning to the London theme to further accentuate the link with both its home country and the fascination surrounding the London lifestyle. Indeed, both the MINI Bayswater and MINI Baker Street are following in the tire tracks of a naming tradition begun by the classic Mini and reprised more recently with the MINI Camden, MINI Mayfair and MINI Clubman Hampton special editions.